A Day in the Life of... Mike Farrer 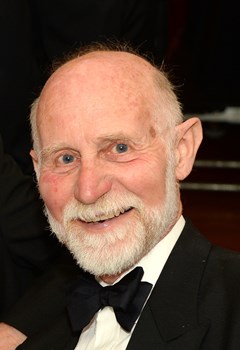 For those of you who have taken exams in recent times, you may well have met Mike. Despite now being retired, Mike remains an active member of the CII Council, is part of our Education committee and frequently oversees exams. Mike is a great character and has a wealth of Insurance experience and associated stories. So, here he is in his own words...

I joined the Orion Insurance company in 1968, as a deliberate choice, as the firm offered training in a profession, with qualifications, to be a Head Office Motor Underwriter. Only when I joined did I learn no-one had been in that department for more than 6 weeks, as another company had poached all the previous staff!

A steep learning curve followed but, I joined on Monday, was in the CII on Tuesday, and in college for 3 ACII subjects on Thursday - I managed to complete ACII in 4 years - 10 passes in those days!

After 3 years Motor Underwriting, I moved to the Cornhill, working in Claims (mostly motor but some fire and accident) and the Claims Inspector’s job. I found that very stimulating and enjoyable, so after another 3 years I joined Pycraft and Arnold Loss Adjusters and never looked back. Every day was different, with fires, storm and theft claims being the most common.

There were also dead race-horses, burnt yachts, film camera claims at £80K+ in the1970s and everything in between. The people were wonderful too, from 1930s racing drivers, retired Colonels, some rock and film stars, as well as the travellers and not-so-welcoming sectors of society.

I moved to Cunningham Hart (now Cunningham Lindsay) in 1982, qualified as a Chartered Loss Adjuster in 1985, and moved to a new office in Cambridge where 2 of us covered 3 counties, so there was lots of travelling!! The work was just as varied but now included Goods in Transit and liability too for good measure. The G I T claims included 1000 New Zealand frozen lamb carcases where the lorry had driven down an embankment off the A11 and 18,000 bottles of wine in another container damaged when the lorry went over rather than round a roundabout. We had to count how many survived to assess the loss – all 16,000 of them which took until 10.30 p m after an 8.30 start that day.

I continued in Adjusting until 2014, but spent the last 15 years or so as a Fraud investigator.

I joined the Ipswich Institute Council in 1987 and have served on both the Sports & Social and now the Education committee. I was very honoured to be elected President in 1997/8 and 2008/9. I currently organise the CII exams in Ipswich, arranging the venue invigilators and supervising the exams, returning the scripts to the CII every day.

I have done some background enquires to ease pressures on Council members who are in full time work but otherwise as I’m retired I am able to follow my passion, and fly a light aeroplane whenever the weather and my wife allow.

I can truly say that insurance gave me a wonderful profession with the qualifications earned helping on a daily basis to persuade others to agree to proposed settlements. As an Adjuster, fulfilling the insurance policy’s promise to make good insured losses made each day an enjoyable challenge, to the extent that for most of the years I felt I didn’t go to work but meet people who needed assistance (and was paid to do it). If I could I’d do it all again.