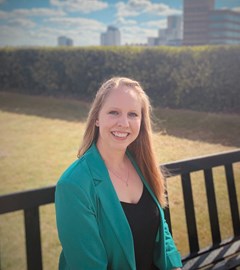 It’s the end of 2019 already, and I am coming up to the final few months of my Presidency. It seems quite incredible at how the time has passed. I thought it might be nice to do a little review of the year and share with you how I’ve found the year to be so far.

It’s the end of 2019 already, and I am coming up to the final few months of my Presidency. It seems quite incredible at how the time has passed. I thought it might be nice to do a little review of the year and share with you how I’ve found the year to be so far.

Way back at the start of the year, Richard Brame was your President and I was starting to think ahead to what I would like to achieve during my term. But before that could happen, Richard and I both took on the challenge of REDJan – running every day throughout January, during which we raised almost £4,000 for Suffolk Mind. This contributed to a grand total for Richard’s year of over £6,000! Thank you to everyone who generously sponsored us; my knees are still protesting.

In February we held our annual all-day conference at Wherstead Park, a really interesting and varied day with a keynote speech from none other than Dame Inga Beale together with sessions on the Novichock poisoning, and Drones.

April was a big month for us – we held our fabulous Annual Dinner at Milsom’s Kesgrave Hall where we celebrated our exam prizewinners, alongside special guest CII President Jonathon Clarke. We also held our student presentation which recognised all those who completed a qualification in 2018. Our special guest was Melissa Collett, Professional Standards Director at the CII who had us all laughing as she recounted her career journey.

My charity this year is Lizzie’s Fund, in honour of Lizzie Bramall. More information can be found here:

“When Lizzie first talked about doing some fundraising for The Brain Tumour Charity, aged just 9 years, she had a clear image of a cake sale at school, imaging herself and all her friends baking cakes, biscuits and sweets. She said she wanted to raise a £1,000 – which sounded like quite a lot for a bake sale – in fact they raised over £4,000!! Throughout her illness, Lizzie continued to inspire a huge range of successful fundraising activities, which has soared since her death to a rare form of brain cancer last November, such that in the past few days we have hit the most amazing total, surpassing £250,000 in the 18 months since that first bake sale. Fundraising has included everything from sponsored walks and cycles, to book and cake sales and fabulous auctions. CII members haven enthusiastically supported walks, runs, quizzes and raffles; thank you so much and I look forward to more partnership next year.

We will be holding more fundraising events in 2020 in support of Lizzie's Fund!

We’ve been busy! Following our AGM at the end of April which saw my election to President, and Laura Blyth become my Deputy President, we have focused our efforts on providing you with a full and varied calendar of events.

Looking to tie in to my theme of “Accessibility” we have put on CPD events focusing on Lasting Powers of Attorney, Dementia, the Impostor Syndrome and Managing Lone & Remote Workers.

In June, Laura and I had the opportunity to go to the National CII conference in York, where we met with representatives from all 56 local institutes across the UK and attended the CII AGM – including the official induction of Nick Turner as National President.

You may already know, that your Council meets every six weeks or so, to review what we’ve put on so far, and what we still have in the works. I’d like to take this opportunity to say a huge thank you to all the Council volunteers who work tirelessly behind the scenes to provide the Institute’s members with educational and networking opportunities. Every Council member has their role to play and we couldn’t do what we do without every single one of them!

If anyone is thinking they'd like to get involved, please do speak to any Council member - we're always looking for new members to take on roles as current members rotate round.

Our Comms team have been heading out to schools and universities to engage with local students and promote our industry. In addition they are talking with more of our local industry companies to see how we can work better with them and provide them with what they need.

At the end of September, we welcomed Kelly Smith MBE to the inaugural Ipswich Dive In event as part of the bigger Dive In Festival. It was a really interesting lunchtime event with a great turnout, and a huge queue for photos with Kelly at the end. You can find more information on how the festival went on our blog. Hopefully this is the start of a bigger participation for Ipswich in the Dive In Festival in future years.

You may have seen that the CII have a campaign called Insuring Women’s Futures. While this campaign has been around for a while, there was an extra push this autumn which we supported. More information can be found here: https://www.insuringwomensfutures.co.uk/

The aim is to help empower all women in the UK to secure their financial future. Today, while women’s economic power is improving, progress remains slow and many women still face significant barriers to their financial lives. On top of this, findings highlight differences in how women and men experience money and finance.

During National Money Week (18th-22nd November) we posted daily blogs containing information about the key stages in women’s lives where financial decisions really have an impact on their financial future #MakeEachMomentCount. We were also pleased to welcome Alison Cooper back to Ipswich and Colchester to give her insightful talks on Financial Resilience.

For some, the most important part of what we do!

We held our annual fundraising quiz in aid of Lizzie’s Fund – once again it was a sell-out and expertly run by our quizmaster Chris Giles and members of our YPG. We raised a huge £650 and you can read more about it here!

Our Christmas curry was again fully booked – a fun and non-turkey based way to start the festive season! It was lovely to see so many there, including some new faces.

Keep watch for our flyers detailing the upcoming events; our Education committee are working hard to bring our programme of events to life. We’re always keen to hear what you’d like to see more of, so do get in touch with any feedback or suggestions (sarah.deacon@willistowerswatson.com).

If any of your colleagues are CII members but do not receive our newsletters, it would be worth checking their communication preferences on the CII website – there is a specific section for Local Institute communications and think of all those CPD hours you can claim for the IDD requirements!

This just leaves me to wish every one of you a joyful and relaxing break. See you on the other side!!