PFS Workshop: Understanding Wills, Probate and Lasting Powers of Attorney by Stephen Oliver, Director of the Will Company

This seminar will consider the importance of making a will and how you can be professionally involved. Other topics covered include: avoiding the rules of intestacy; next generation; and ring-fencing your clients. Stephen will discuss free re-writes and why he offers them, referrals and income, regulation and insurance. Delegates will hear about lasting Powers of Attorney, the Mental Capacity Act 2005, the training required to offer the service professionally and the service standards you would be expected to provide. 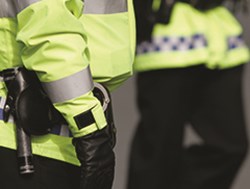 Forensic Science; Applications beyond the norm'

A presentation covering the wide array of services provided by FRL using case studies to show the alternative application of forensics in all different areas; which may well surprise some delegates and will hopefully, provide added value to their case load and clients. Especially useful for insurers, loss adjusters and solicitors although the alternative application of our services can be used by the vast majority of professionals; as will be highlighted. Delegates will be invited to participate in a brainstorming session of past cases that could have been enhanced with the use of forensics. The talk will include a Q&A session to further reinforce specific skills to scenarios/cases. 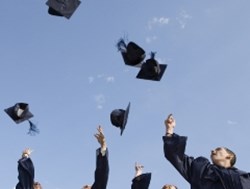 Alison Cooper returns to our Institute to provide another session specifically aimed at helping students studying for their professional qualifications. Alison has delivered a number of sessions for our Institute over the past few years, all of which have been highly successful and of great value to those students due to be sitting exams over the next couple of months. This session is limited to just 20 students so please book as soon as possible to avoid disappointment. NB ENTRANCE TO THE FOOTBALL CLUB IS VIA CONSTANTINE ROAD THE EVENT IS BEING HELD IN THE PREMIER SUITE 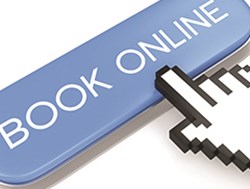 A Day in the life of a Loss Adjuster

This session will be undertaken by Mike Farrer, who is a long serving member of the Insurance Institute of Ipswich, Suffolk and North Essex. Mike began his insurance career in 1968 as a motor underwriter for the Orion in Folkestone. After a spell with Cornhill as a claims clerk he joined Pycraft & Arnold, Loss Adjusters in January 1976. After 6 years he moved to Cunningham Hart where he opened successful offices in Cambridge and Ipswich. He gained the ACII in 1974, ACILA in 1985 and became a Chartered CII member in 2000. He mainly dealt with domestic claims fire water and theft perils, but was also involved in liability, Goods in Transit, commercial and industrial losses, livestock, equine, marine and aviation claims, amongst others. He is now retired but retains an active membership of the local institute, as well as flying his own aeroplane, and is a STEMnet ambassador inspiring school students to get involved with Science, Technology, Engineering and Maths, and is involved with the National Citizens Service scheme to encourage personal development in young people. 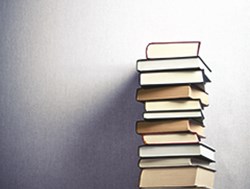 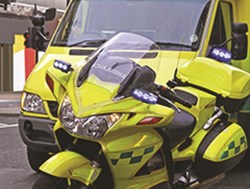 Alan Jacobs will deliver a seminar-style presentation using a case study of a tower crane collapse in a built-up UK urban environment. In this topical scenario we will look at the incident from the perspective of the main contractor on site and will highlight strategically important claims issues and their management.

This interactive and thought-provoking seminar traces the historical development of the fraudulent claims rule and then focuses in particular on the provisions of the Insurance Act 2015, as well as the recent decision of the Court of Appeal in Versloot Dredging BV v HDI-Gerling Industrie Versicherung AG (The DC Merwestone) relating to fraudulent devices. There is an analysis of how an insurer’s remedies will be impacted by the provisions of the Insurance Act 2015, when they come into force. The key question to be addressed is, have the courts and the legislature now appropriately addressed the grey areas that have existed in this aspect of insurance law?

This interactive and thought-provoking seminar traces the historical development of the fraudulent claims rule and then focuses in particular on the provisions of the Insurance Act 2015, as well as the recent decision of the Court of Appeal in Versloot Dredging BV v HDI-Gerling Industrie Versicherung AG (The DC Merwestone) relating to fraudulent devices. There is an analysis of how an insurer’s remedies will be impacted by the provisions of the Insurance Act 2015, when they come into force. The key question to be addressed is, have the courts and the legislature now appropriately addressed the grey areas that have existed in this aspect of insurance law? 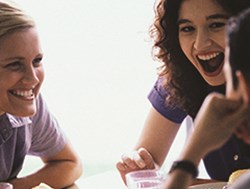 Your local Institute’s Young Professional Group would like to invite you to join us in a spectacular jumping adventure at Jump Street in Colchester on June 10th for those of you who would like to release their inner child! Please register your interest on or prior to 31st May 2016. If you have any queries, please contact Sarah Deacon, sarah.deacon@willistowerswatson.com or Jess Addison, jess.addison@willistowerswatson.com 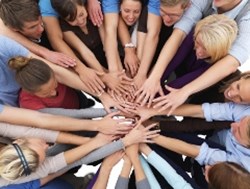 Overcoming the 5 Dysfunctions of Teams

By removing the behaviours that impede teamwork we can create high performance teams The aim of this session is to have an alternative strategy for improving teamwork.

Risk Frameworks Masterclass, by Philip Goss, Risk & Compliance Director AXA Insurance By attending this event, delegates will be able to understand: • Why organisations develop formal risk management frameworks, and • One approach to gaining the most value from a framework

We are delighted to present the next in our lunchtime lecture series at St Nicholas Centre, Ipswich The giving and receiving of feedback is something we all need but are not necessarily comfortable with. The aim of this session is to become competent feedback practitioners • lessons from tree people – understanding and assessing our appetite to give and receive feedback • the Johari window – an insight into personal growth through disclosure and feedback • the SES model – a coaching and non-judgemental method that encourages recipients of feedback to tell themselves how to improve • the D4 model – an assertive and psychological method which is easy to remember and quick to deploy • skills practice – working in pairs to become familiar with giving feedback • preparing your own feedback – something to take away

Have your say at the institute's Annual General Meeting

Our President looks forward to welcoming you and your guests on the night for a pleasurable evening of good food, live music and great company! We will be celebrating a successful year with our current President, welcoming in our new President for the coming year and showing our appreciation to those who have had outstanding exam successes this year. We were really pleased with the feedback from the last dinner and plan to keep a similar format for the evening making it entertaining with plenty of opportunity to relax and network.

Can you hear the two championship golf courses calling? Picture those over-water shots, smell the freshly trimmed greens, and taste the mouth-watering, hot bacon rolls! How would you like to tee off where golfing legends from the PGA Seniors Championship and Ladies European Tour Access Series have tested their mettle? Well then, what are you waiting for?

Open to all, but run by the Ipswich Young Professional Group, this event discusses the changes in the Legal Expenses Insurance Market.

Join your president for a charity fun run to raise money for 2 charities - Cardiac Risk in the Young (www.c-r-y.org.uk) and the Thames Sailing Barge Trust (www.bargetrust.org).