Results from our COVID-19 Impact Survey 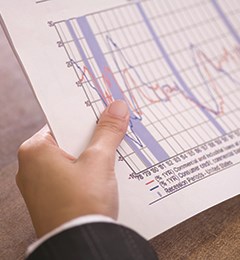 The aim of the survey was to get an understanding of how the COVID-19 pandemic has impacted our members and the organisations they work for including how individuals and organisations responded during the first national lockdown. The survey contained 16 questions in total.

The survey was sent to our members who have their communication preferences switched on. In total 55 responses were received.

The survey was anonymous and no individuals or names of companies have been identified.

These results give a useful insight into how COVID-19 impacted employees and organisations in the insurance and financial planning sectors within the Merseyside region. We do however have to recognise the survey’s limitations. The Insurance Institute of Liverpool (at the time of writing) has just over 1700 members. The response rate of 55 will only represent a small portion of our members’ views and experiences of COVID. We also have to recognise that individuals who work (currently and unemployed) in insurance and financial planning within the local region will not be CII members.

One of the headline results is almost 90 % of respondents worked throughout the first lockdown. This reinforces the strength of the local industry and ability to adapt to Government required and customer demand. This has given security and comfort to a range of employees, and seeing their employee’s response to COVID 19 gives them confidence of their current job security.

Another headline is that 95 % of responses confirmed that the nature of change delivered to them to enable working practices to continue ranged between good and excellent. Change delivery on a whole has improved since the COVID 19 pandemic, citing support and learning frameworks had been put in place to help with virtual communication and learning and embedding of change.

A clear shift to online collaboration tools (Microsoft teams and Zoom) has reinforced the digital shift across the workplace.

Some emerging observations about increased productivity seem to have been validated by the survey, with 43% saying it has increased, 30% stayed the same and 25% responding that it had decreased.

When asked about the impact on mental health, there was mixed results with nearly half of respondents (49%) stated it had stayed the same and 40% that it had decreased (including three out of six of those who were not working continuously), with 7% indicating that their mental health had improved during the pandemic.

The Liverpool insurance and financial planning industry has shown a robust and promising response to the COVID 19 pandemic. It is clear that the models in place and technology considerations have allowed work to transition from the work place to the “Home office" fairly seamlessly, whilst not impacting productivity.

The Survey results in detail

The focus of this survey was on the impact of COVID-19 on the working lives of individual members and the changes within their workplace.

There was an even spread of brokers and financial planning respondents (35% and 36% respectively), with insurers (16%) and those in ‘other’ professions (13%) accounting for the remainder. Forty-nine of respondents (89%) continued to work throughout the initial COVID-19 lockdown, two were partially furloughed and the remaining four respondents were in turn furloughed throughout, unemployed, made part-time or were self-employed.

Professional productivity during lockdown appears to have increased or stayed the same for the majority of respondents, though 25% (fourteen) stated that it had decreased; four of these being those who had been furloughed or had hours and pay reduced.

More than half indicated that their workload had increased, and over a quarter that it had remained the same; almost a fifth thought their workload had decreased, four of these being individuals who had not worked continuously throughout the lockdown. 71% of respondents told us they were not worried about their future employment prospects due to the impact of the pandemic, including three out of six respondents who had not worked continuously.

The survey asked about the level of change occurring within the respondents’ organisations during the first lockdown: the majority (85%) indicated there had been more change compared to previous years, and the remainder thought a similar level of change had taken place; no-one thought less change had taken place. Of the change that occurred almost half (47%) thought it was business critical, 40% considered the change a mixture of business critical and ‘nice to have’, with only 4% stating it was only ‘nice to have’; 9% were unsure of the change categorisation.

The way these changes were communicated varied; most were via Zoom or Microsoft Teams (51% combined), the next most popular communication method being email (22%), then telephone calls (13%). Other methods were used less frequently, and 8 respondents indicated that a combination of these methods (plus standalone channels such as GoToMeeting) was used to inform them of changes.

50% of respondents thought that their experience of receiving change within their organisation had improved post-COVID; 43% considered it had remained the same and 7% thought it was below the expected level compared to pre-COVID. Of the changes implemented, 48% were supported with a framework and network in place, 41% received ad hoc support, and 11% had no support; of the six respondents who received no support, five answered that there was room for improvement in the implementation process.

Overall, 40% of respondents felt the experience of how change had been deployed and executed within their organisation was excellent; 25% though it was very good; 31% felt it had been good, and only 4% (two people) thought it was poor – none considered it very poor.

If you would like a detailed copy of the survey results please contact the Insurance Institute of Liverpool.