Branko Bjelobaba is recognised for 29 years of service! 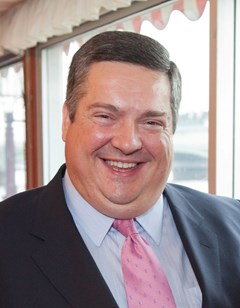 Find out about Branko Bjelobaba and his recognition of 29 years great service!

The Insurance Institute of Luton & Hertfordshire was delighted to recognise the exceptional contribution that Branko Bjelobaba has made at their recent (virtual) AGM.

Branko joined the institute council back in September 1991 and has held several roles – Education Secretary, Dinner Secretary, President on three occasions (1996, 2000 and 2016) and now Regional Forum Officer. Nationally he was on Representative Council 2000-08 including a stint on the Board and was Vice President from 2008 to 2014 and then Chairman of the Awards Panel. He has spoken at virtually all local institute dinners and has enjoyed the reception to his wardrobe joke on countless occasions.

He remains the youngest holder of the Bridgewater for Exceptional Service which he received in 2003.

Branko joined the insurance industry straight from school in 1987 and has worked across the sector including General Accident, PwC and GISC and in 2003 formed Branko Ltd – a general insurance compliance consultancy.

Current President, Tanya Bedford, commented: “Branko encompasses everything that we strive to be as an institute – professional, dedicated, passionate, and with a true love of our industry. Branko was the reason that I joined the council in April 2018, and it is a privilege to have served alongside him for the past 2 years”.

Branko confirmed – “I would never have done things differently – the CII is at the core of everything I do and am so proud to work with fellow professionals.”