Outlook for the UK Economy

This is a confidential seminar and booking is required

This special and confidential seminar will provide an informed insight into current issues being addressed by the Bank of England and its influential Monetary Policy Committee. Delegates attending the seminar will benefit from the following learning objectives:

Mark Carney, the Governor of the Bank of England, has been in office for over 2 years now, and his strategy for tackling the various issues under the control and influence of the Bank of England; his relationship with Government, and his public statements, have been seen as balanced and constructive. Alastair may well add to this assessment.

Alastair Cunningham joined the Bank of England in 1994 – and became Agent for the East Midlands Agency in February 2010. There are12 regional Agents in the UK and they act as the Bank’s eyes, ears and voice in their region. Alastair leads a small team based in Nottingham from where they cover the whole of the East Midlands. The agencies are an important channel of communication between business and the Monetary Policy Committee. Alastair has an MSc in Economics from the University of Glasgow and a degree in History and Economics from Oxford University. He is a brilliant communicator in his field of work.

To book your place please scroll down and book via the website.

The Nottingham Insurance Institute charges for non-attendance at all CPD events.

Please note, if you fail to let us know before this deadline, we will need to charge a £30.00 (inc. VAT) non-attendance fee to cover the cost of catering, booking arrangements and denial of your place to other members.

All cancellations must be received by email and you will receive confirmation of your cancellation. You may also nominate a replacement if you are unable to attend.

By proceeding with the registration you agree to these terms and conditions.

This demonstrates the quality of an event and that it meets CII member CPD scheme requirements.

1 hour's CPD can be claimed for this event if relevant to your learning and development needs.

It is recommended that you keep any evidence of the CPD activity you have completed and upload copies to the recording tool as the CII may ask to see this if your record is selected for review. Details of the scheme can be viewed online at www.cii.co.uk/cpd.

The Personal Finance Society East Midlands Committee in association with the Insurance Institutes of Leicester and Nottingham have organised a series of ‘distance learning’ training days via an online and interactive conference video facility (Zoom) for those members who are studying for and taking the R01, R02, R03 and R04 examinations.
Fri 08 Jul – Mon 11 Jul

This session is aimed at all our insurance members - General & PFS We have reached a critical crossroads in the digitization and automation of processes within insurance and financial services. Some say that we have already gone too far and the human element is being continuously eroded, whereas others believe we have not gone far enough and that insurance and financial services continues to lag behind other professions. There is a fine balance to be struck. Based on doctoral research being conducted by Jeff Heasman and other sources of research and industry insights, this thought-provoking webinar will examine both sides of the debate and suggest a way forward to ensure the best possible outcome for the profession and for our clients.
Wed 13 Jul 11:00 am – 12:00 pm
Jeff Heasman, 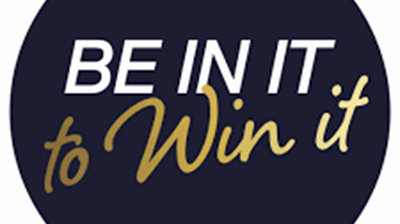 This year, to coincide with the Insurance Charities Awareness Week, the Nottingham Insurance Institute are pleased to host a Charity Raffle to raise much needed funds for our chosen charities: - The Insurance Charities - Cancer Research UK Both of these charities are very close to the Nottingham Institute’s heart, and we hope that you will be able to support us in fundraising this year.
Wed 13 Jul 12:00 pm – 1:00 pm