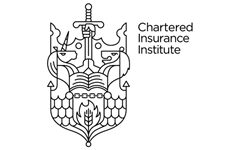 THE INSURANCE INSTITUTE FOR SHROPSHIRE AND MID-WALES – NEWS UPDATE

A news update from your Midlands Regional Forum (MRF) Representative.

Following our meeting with John Bissell (the CII’s Chief Operating Officer) in London on 27th August 2021, we have been able to establish further information which validates member and market concerns over the CII’s deteriorating operational standards, poor financial performance and increasing negative press and social media.

The continuing spend on the CII’s transformation projects has seen the loss of the CII’s heritage head office, which was sold in 2018 for £21m and the proceeds now all spent. The significant cash reserves have also been eroded and the net assets could well breach the CII’s ‘materiality threshold’ and, therefore, its auditors may have difficulty in signing the CII off as a ‘going concern’ in the 2021 accounts.

The CII’s three failed attempts to deregister the PFS is now seen by many as an aggressive take-over simply to grab the more successful company’s cash. They have additionally been seeking a guarantor for a bank loan in an attempt to borrow money and the recent press report regarding an informal approach to the Education and Training Trust to help fund the LII grants for 2022 has been validated by the chair.David Ross, VP of the Network Forum, reported that the CII’s cash position, as of 31st October 2021, had dropped to just £5.69m but the CII continues to attempt to disguise this position by reporting ‘group consolidated accounts,’ which includes money which doesn’t belong to them i.e. PFS and Charities. The CII’s cash position now appears to breach the materiality threshold policy of 3 months expenditure. This represents a significant reduction in cash holdings for the Institute of over £32m, including the sale proceeds of Aldermanbury.

To help allay members’ concerns, David Ross has asked the CII’s, COO, John Bissell to provide up-to-date financial information to confirm the current financial status (including the cash position) of the CII. Also, David Ross reported that John Bissell has stated that the CII could obtain additional cash resource from the long-term investment fund or from the Personal Finance Society but that neither is deemed necessary.

At our meeting with Gill White (the CII’s Chief Customer Officer) on 13th September 2021, she stated that the CII’s qualifications’ framework was, “...over-assessed, convoluted and assessed in an archaic way…” and the CII, “had got into a rut.”

Given that the CII is a ‘qualifications awarding body,’ we raised concerns on behalf of our members at the MRF that the qualifications had fallen so far behind since 2016.

To some extent, this was addressed in the recent CII consultation, but we await the report on the feedback and will report further on this.

3. The CII’s practice of bundling qualifications learning material and exams

With a backdrop of The Financial Conduct Authority (FCA) cracking down on the unfair and unethical practice of bundled product features and their continued challenge on 'fair value,’ we expressed concern that the CII had announced they had 61,000 outstanding exam vouchers, where many of our members may not have had any intention from the outset to sit an exam.

Whilst the outgoing CEO has provided a response, in our view it fails to properly address members’ concerns and we await further clarification on how many members may require financial redress. In the meantime, it has been reported that the exam vouchers outstanding as fallen to c25,000.

4. The sale of Aldermanbury

Whilst everyone accepts that Aldermanbury has been sold and is irreversible, the lack of proper consultation still festers as an issue with many LII members, principally because of the lack of transparency and accountability over the decision and the fact that all the sales proceeds have since been exhausted.

We have called for an independent review to determine the facts and we have asked for sight of the documentary evidence that supports the current CEO’s explanation of events, which is still awaited.

Helen Phillips (the CII’s Chair) promised at the CII’s AGM that the consultation would deal with the motions that were proposed by Grant Scott and seconded by me. However, it has been disappointing to note that none of the concerns set out in the motion were in fact addressed in the consultation that closed on 17th December 2021.

The degree of cynicism around the consultation is widely acknowledged and it was reported by David Ross that, as of 1st December 2021 (the consultation closed on 17th December) the responses from a total membership of 125,000 were very low and as follows:

David Ross also reported that there had been 8 regional LII webinars and 25 PFS webinars; and it has since been reported in the professional journals that c1,000 responses were received in total.

We have expressed concern that this represents less than 1% of the total membership of c125,000.

David Ross has put forward the suggestion to the CII that they present the findings and the draft strategy to the LIIs before being presented to the main CII Board.

6. Other outstanding issues of concern raised on behalf of members:

2) The St James’s Place exclusive qualification deal on a generic subject (negative press forced a tone down) – no response.

3) The removal of paper qualification certificates without consultation (negative press and had to reverse).

4) The lack of space for the c240 employees (only 54 desks in their second refurbished and rented property since late 2018).

5) The significant overspend on the IT system that still cannot operate as a stand-alone system requiring an unnecessary additional £1m per annum expense to maintain the existing system whilst the problems are addressed with the new IT system.

The original budget for the new IT system was £4m and it has been rumoured that the CII has already spent £16m!

6) The lack of enforcement of professional standards amongst a minority of members (e.g., the BI and the DB transfer debacles) or meaningful responses.

7) The internal investigation into the conduct of the CEO following CII staff members whistleblowing. Although accepted that the CEO has since stepped down, we still await the outcome of the investigation.

8) The timing of the request to LIIs for part of the 2021 grant to be withheld at the same time as the CII made a provision of £513,000 to the Long-Term Incentive Programme (LITP) for members of the executive. A proper explanation is still awaited, and we have suggested that the grants are returned (or at least offered back) to all LIIs.

2) The Audit and Risk Committee has approved the budget and strategic plan for 2022 – details awaited.

3) David Ross reported that there was disagreement between the CII and the PFS Boards as to the true legal status of the PFS and the ownership of the PFS funds being held by the CII.

4) The KPI dashboard shows the following items on the ‘Red’ danger list:

5) Jonathan Clark is now the interim CEO, having taken control of the CII with immediate effect, ahead of Sian Fisher's planned departure at the end of March.

6) We continue to provide a strong CPD programme, which aims to be relevant and meaningful. However, please get in touch if there are any subject matters that you would like to see included.

7) Despite Covid, we have been able to go ahead with this year's President's Dinner. There are a still tables and individual places available. Nigel Owens MBE promises to deliver a fascinating talk!

Hopefully, this provides members of the IISMW with an update. If you have any questions or would like me to raise any other questions or issues at the next MRF, please get in touch by emailing us at smwcii@hotmail.com or calling me on 07973 285522.